Women2Win’s ten year anniversary was celebrated with a drinks reception and dinner held in the beautiful Library and Great hall of One Great George Street, in the beautiful on 19th November. Over 250 new and longstanding supporters and friends were welcomed to the sell-out event. A big thank you to all those who came to commemorate the milestone - we hope you enjoyed it as much as we did.

Guests heard from Baroness Anne Jenkin of Kennington, Co-Chair and Co-Founder of Women2Win, Prime Minister David Cameron, Secretary of State for Energy and Climate Change Amber Rudd, Amanda Sater, Chair of the 10th Anniversary Celebration, Margot James MP and Simon Blagden, Chairman of Fujitsu Telecoms. Theresa May, Home Secretary and co-founder of Women2Win, also sent a message of support and apologies for being unable to attend in the wake of the Paris terror attacks. 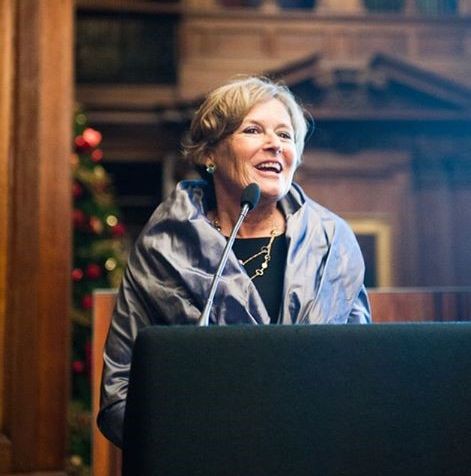 Anne began by expressing pride in the results at the general election - the Conservative party not only won with a majority, but increased the number of female MPs from 49 to 68. Women MPs now make up over 20% of the party, and Anne said, ‘we are so pleased to have doubled the percentage of female Conservative MPs from 2005 to 2015, and we want to double that number again to 40% over the next ten years.’ The night was one of celebration, but with the realisation that there is still much more to do - the job is not done.

The Prime Minister, David Cameron, was the keynote speaker at the reception. He told guests how proud he was that one third of the people round the cabinet table are women. He said ‘you'll never be politically effective if the conversation in your party doesn't reflect society,’ emphasising how ‘there isn't true opportunity without equality.’ 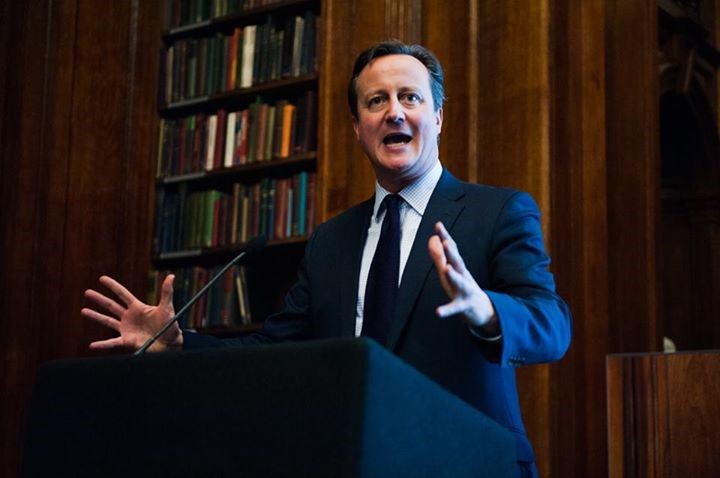 The Prime Minister praised the work of Women2Win pointing out that they are ‘at the grassroots, finding and training brilliant women. On your tenth birthday, I raise a glass to Baroness Jenkin, the Women2Win founders and the whole team. Don't stop; we have to go further. There are so many public appointment jobs that need more women. This government has done good work on women receiving awards, women in public appointments and women in the boardroom. We need Women2Win to increase the pipeline.’ 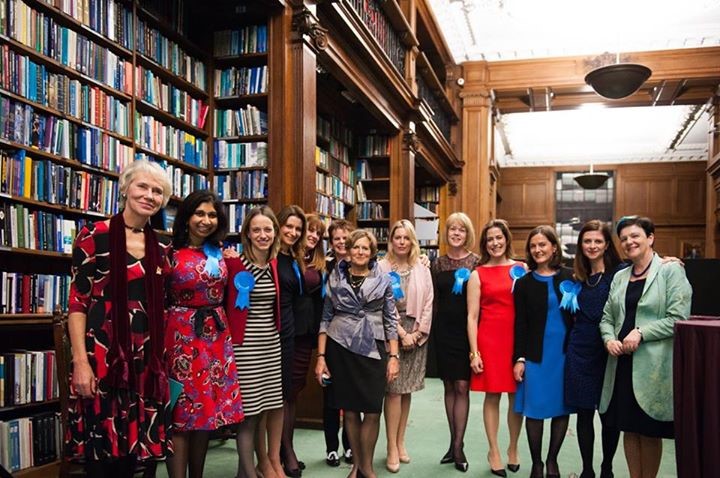 Guests then had the first viewing of the Women2Win 10th Anniversary film, outlining what has been achieved in 10 years, with stories from MPs and Peers. This is now available to view on our homepage: www.women2win.com - please do watch! The film was generously sponsored by Safia Mustafa and Mustafa Mohammed; it would not have been possible with them. Thanks also to Jay Hunt and the Violet Productions team for their time and effort in making such an inspiring film. 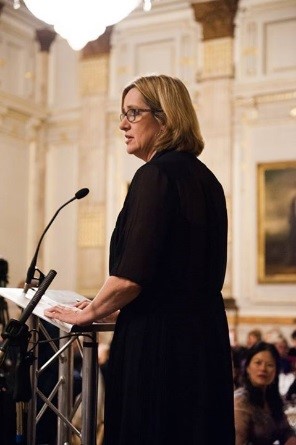 In her speech at the dinner, Amber Rudd told the room how a Women2Win team had campaigned on her behalf during the general election which had made a great difference to morale and to the vote. Contesting a marginal seat for the second time, she confirmed that the donation and support given by Women2Win contributed to her success. She said, ‘Women2Win was there from the start, and continued to support me all the way through my journey. I am so grateful.’

In her remarks, Margot James MP conveyed how ‘Women2Win really give bang for the buck, and deliver what they set out to do.’ She appealed for financial support and continued backing by supporters old and new. 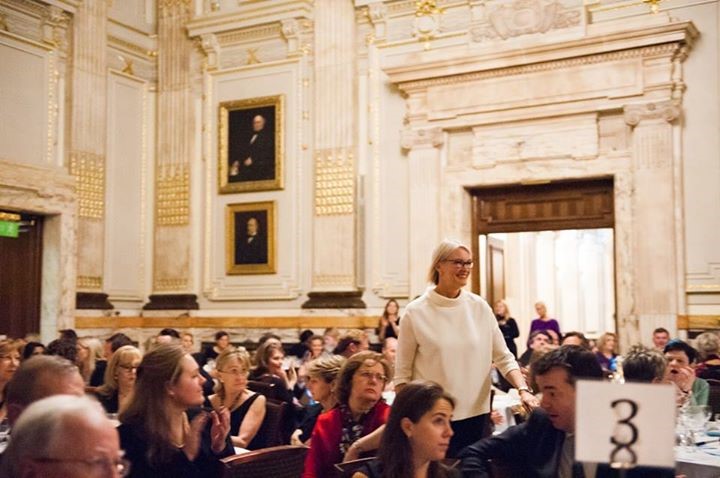 A number of people deserve special mention for their longstanding support.  This list can also be found on the credits at the end of the video, but this is an opportunity to pay credit to them. Chris Lewis has been a staunch supporter from the beginning, and Clara Freeman has given great advice and help from day one. Katie Perrior and Jo Tanner of iNHouse PR were there at the launch in November 2005 and helped with this event. Thanks to the Spring Lunch for their unwavering support over the years.

Women2Win would like to recognise all the pioneers from all parties who campaigned over the years, especially the 300 Group, Baroness Doreen Miller of Hendon, Baroness Shireen Ritchie and Baroness Trish Morris.

A number of MPs deserve the credit for mentoring, training and encouragement, especially the men who understand the importance of the campaign. You can’t change the culture without buy in from men and David Cameron, Bernard Jenkin, Ben Gummer, Brooks Newmark, Guy Opperman, Mark Garnier and other mentors have been exceptionally supportive of Women2Win. 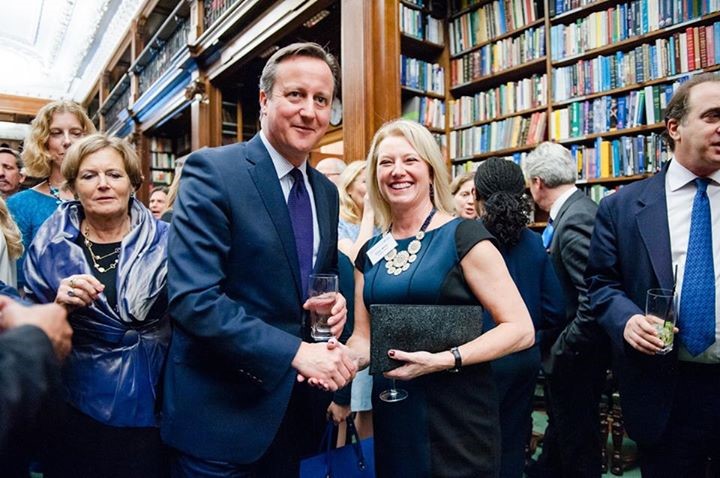 Thanks to the 68 women MPs, to candidates and others who have stood for elected office, and the Conservative associations who selected them. It is these candidates who bring us closer to our goal. Thank you for stepping up to the plate. 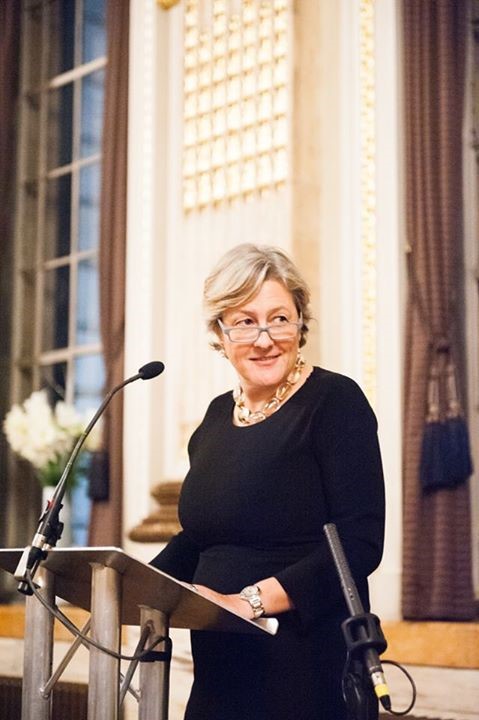 Thanks to Baroness Carlyn Chisholm and Sarah Newton, Co-Chairs of the candidate committee in the run up to General Election, Pauline Lucas and other officers of the Conservative Women’s Organisation, and Ellen Miller, Director of Women2Win up to the 2015 election.

Lastly, a big thank you to all members of the Women2Win team, past and present. Welcome to Gillian Keegan, our new Director, and Mark Garnier MP, our new Co-Chair. On the night, Andrea Pull, Beth Rowley, Resham Kotecha, Dolly Theis, Emma Barr, Emma Reece and Hannah Daniel worked hard behind the scenes to ensure a successful evening.

A special mention goes to the Women2Win Business Club members. The club will be relaunched at a reception with the Home Secretary on January 28th next year. If you are interested in meeting women MPs, networking with other supporters, getting involved with Women2Win and supporting the increased number of Conservative women in Parliament, or you know others who might, then please join. Just contact businessclub@women2win.com for more information.

Would you like to make a pledge to support Women2Win with a donation? We operate on the generosity of our wonderful supporters alone and welcome any amount. All money we raise goes directly to the campaign and supporting women MPs. Get in touch with info@women2win.com if you might consider helping – it would be much appreciated! 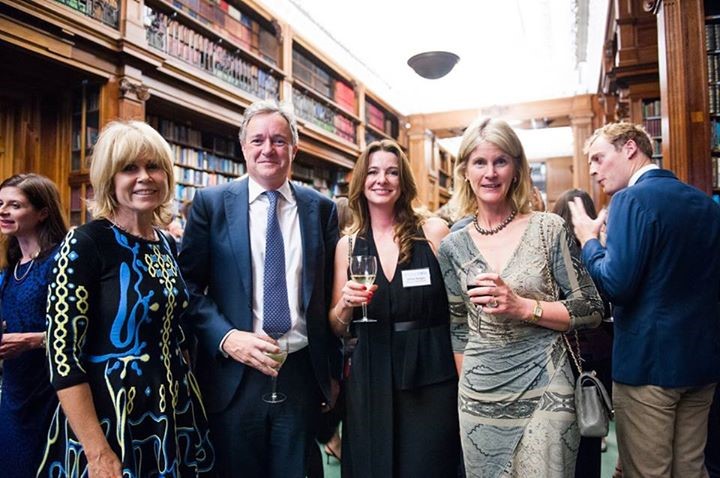