I’m delighted to be able to start this month’s newsletter by congratulating so many successful women candidates after the elections last week. It was a tough election held in unprecedented times, and all candidates should be proud of their campaigns.

In Scotland, after a nail biting few hours,  there are 5 new women MSPs taking the total to 21%. Pam Gosal, (second woman of colour ever elected to Holyrood) Tess White, Sharon Dowey, Sue Webber & Meghan Gallacher will all be heading to Holyrood and we wish them the best of luck in the battles ahead to keep the Union together.

In Wales it was disappointing to see the number of women Conservative Senedd members has gone down but we are delighted the first woman of colour has now been elected to the Welsh Parliament. Conservative MS Natasha Asghar has said she wants to inspire and be "a voice" for those who have faced barriers entering politics.

In the UK there were a number of women local candidates who campaigned to make significant gains across England, bringing 13 councils and an extra 235 councillors under Conservative control.

Huge well done to Jill Mortimer who won the by-election in Hartlepool, a constituency which has never seen a Conservative or woman MP in the 57 years it has existed. It’s worth noting that the last 3 by-elections gained from Labour were all Conservative women, Chloe Smith, Trudy Harrison and now Jill. We think that deserves a virtual round of applause. 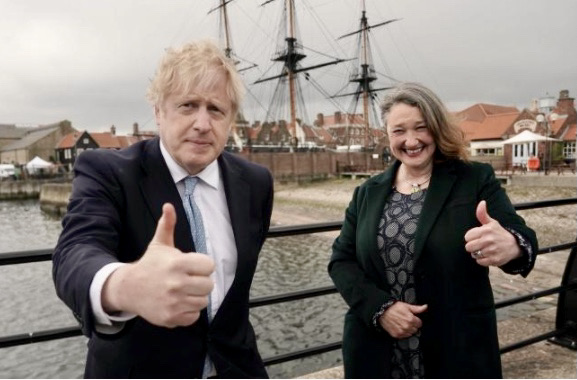 We also have more women Police and Crime Commissioners. Alison Hernandez and Katy Bourne were re-elected in Devon and Cornwall and Sussex and are now joined by Donna Jones in Hampshire, Lisa Townsend in Surrey, Angelique Foster in Derbyshire, Caroline Henry in Nottinghamshire. For comparison, in 2012 2 of the Conservative PCCs elected were women, today there are 6 - a 300% increase!  Who knows?  Perhaps this will inspire you to join them next time.  There is a vacancy for a PCC in Wiltshire where there will be a by election.  If you live there or know a woman who would make a great candidate just get in touch. 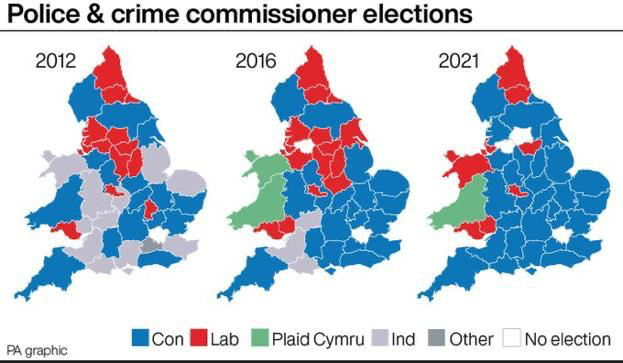 All of the above demonstrates what we can do, despite the circumstances, with the right candidates and the right support. Both they and we are grateful to our supporters and donors.  Election results like these really drive home how important you are to our efforts. Thank you to all of you.

Events
Thank you to Baroness Kate Fall and Baroness Gabby Bertin who joined us for our third ‘Behind the Scenes’ event last month, discussing David Cameron’s time in No.10. It was another insightful discussion and we were grateful to all our supporters who came and asked such great questions.

You should have received an invitation to attend ‘Behind the Scenes at No. 10 - Theresa May’ with Baroness Liz Sanderson and Baroness JoJo Penn on 26th May and we hope to see as many of you there as possible. You can RSVP at info@women2win.com if you haven’t already.

We are delighted to be able to ask you to Save the Date for our Summer Party on 21st July where we will be joined by guest of honour Suella Braverman MP and Gabriella Braverman (3 months!). Tickets will be £20 (Business Club Members can attend FOC).

Other news
Our long term sponsors, the ABI has launched the Making Flexible Workcampaign and Charter to boost flexible working across the sector. With 27 firms and the ABI signed up, it represents the biggest ever expansion of flexible working. This is the first such Charter in the financial services sector. The firms which have signed up to the Charter have made a series of new commitments including:

This launch coincides with new data showing that, despite more women than men joining the insurance and long-term savings sector, they are under-represented in the Board room and in executive teams, with 58% of entry-level employees being female in 2020, but women making up only 27% of Directors. The ABI’s 2018 research into the gender seniority gap identified increasing flexible working as key to increasing the number of women represented across the industry. This new campaign will help to overcome the significant challenges associated with reaching a 50:50 intake to positions held across the sector.

If you would like to show your support for the initiative on social please consider retweeting the ABI’s announcement tweet HERE.

We hope you are all keeping well and look forward to hopefully being able to see everyone in person soon.

Huge well done to Jill Mortimer who won the by-election in Hartlepool, a constituency which has never seen a Conservative or woman MP in the 57 years it has existed.